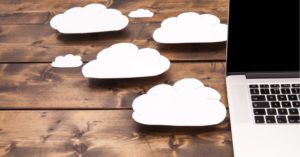 As more enterprises shift their workloads to the cloud, the role of IT is changing. While many IT professionals have wondered if the introduction of the cloud era meant the end of enterprise IT, the reality is more nuanced. Rather than their jobs being strictly outsourced and eliminated, roles are emerging as more strategically aligned with business objectives.

The chief information officer (CIO) is more likely today to be sitting at the table with board members, leading discussions of how to achieve business goals, rather than assuming a reactive role and waiting for solution requests or solving system issues. The overall effect is that, instead of being in a maintenance position, IT is positioned in forward-thinking organizations as strategic leaders.

Aligning With Business Objectives: One of the key changes happening in the cloud era is that IT teams are more likely to be at the center of business strategy. They are seeing better success with IT initiatives because there is a clear line between challenges and goals and the technology that provides solutions and equips the business for its next steps.

Smaller Projects, Better Success Rates: Instead of sweeping technology changes that happen with a single go-live date, IT teams are implementing smaller changes. This might mean deploying a software-as-a-service (SaaS) solution for a particular department that improves productivity and features a flexible and customizable end-user interface. These bite-size projects are easily managed, and their actual benefits can be assessed against expectations with simple metrics.

Ramping up the Security Focus: Along with the ways that software, infrastructure and other IT elements are delivered and managed in the cloud era, security is also undergoing an important evolution. IT has gone from having a focus on securing the network perimeter to contemplating whether there even is a true perimeter.

From data moving in and out of cloud applications to the multiplying endpoints with mobile devices and Internet of Things (IoT) technology, security looks much different than it did a decade ago. Adding to the complexity is the changing nature of threats, with enterprises often requiring highly automated threat response tools to handle the number and scope of threats.

Many enterprises are turning to unified endpoint management to ensure that data is sandboxed into separate containers, allowing users to only access the data they need for their jobs. This approach is particularly useful because so many workers prefer to access resources through mobile devices.

Encryption is also an important security strategy for protecting data as it moves in and out of the cloud, so that even if there is a breach, the data is essentially useless to the hacker. Enterprises can also use app blacklisting and other filtering tools to ensure that users are limited in their ability to elevate risk to the organization.

Is your enterprise IT department experiencing the impact of the cloud era? To learn more about how to secure your systems and apps in a cloud environment, contact us at AMD Communications. 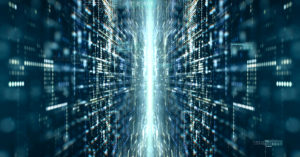 In enterprises that have stalled on their overall digital transformation strategy, there is often still innovation occurring within business units that delivers a better customer experience and new levels of agility. Many business managers find key elements of digital transformation with software as a service (SaaS), oftentimes bypassing the involvement of IT in procuring and launching a particular solution.

This progress found in digital transformation with SaaS underscores the importance of a unified approach between enterprise IT and business units as they pursue the goals and objectives of the organization through technology solutions. Here are three key areas that enterprises can focus on to get quick and measurable benefits through SaaS:

Integration with core applications: While on-premise solutions may require extensive coding to allow them to integrate with other tools, a SaaS solution generally comes with access to application programming interfaces (APIs) that allow integration between platforms to be as easy as turning on a switch. The involvement of IT with the business unit’s decisions regarding which solution they should deploy can help identify which options will most easily integrate with other key applications.

Improve communications: Enhanced communication is a key element in improving the customer experience, both for direct communication with the customer and for faster in-house decision-making that can impact the customer. Collaboration tools are increasingly being adopted as a SaaS solution driving digital transformation because employees can access features such as shared workspaces. In many cases, the tools are extended to customers, vendors, and other business partners.

The benefits of a SaaS solution for collaboration can easily be minimized if IT is not involved to ensure that customer and company data are protected within the solution as data is handled, stored, and travels back and forth to the cloud server. Driving digital transformation with SaaS needs to be balanced with a carefully constructed data security strategy.

Achieving better agility: One of the reasons that SaaS is a good fit for business units to pursue alongside a broader digital transformation strategy is that it offers the ability to quickly implement a solution that immediately delivers benefits to the customer. Customer satisfaction and cost-saving metrics may be impacted within months — if not weeks — and the low cost of SaaS introduces little risk into the business unit.

While business units may resist the involvement of IT in choosing SaaS solutions, the low barrier to entry in terms of cost or hardware installment usually means that even with taking time for IT to evaluate the security risk or other consequences the solution could have, it is a short time to implementation.

Is your enterprise stalled on broader digital initiatives? Driving digital transformation with SaaS can help you continue to improve the customer experience with a low-risk, low-cost investment in cloud solutions. Contact us at AMD Communications to learn more. 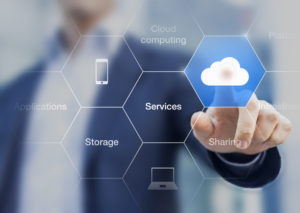 A recent report by CompTIA shows some surprising trends in the cloud services space as the industry progresses beyond the initial phase of deployment toward architectural transformation.

While most businesses are using cloud services — 90%, according to CompTIA — the pace of progress appears to be slowing and, in some cases, taking a step back. But a closer look at the numbers reveals that the real reason for the decline may not be actual usage regression, but rather a greater understanding of the technology. This includes recognizing “cloud washing” offerings, which attempt to pass off non-cloud products as the real thing to capitalize on the momentum of the cloud.

Previous versions of the CompTIA study discovered some confusion around cloud services, including that cloud washing was affecting perceptions of authentic cloud solutions. As the cloud has progressed, familiarity and savvy has increased as end users grow more aware of the ins and outs of the real cloud tools that are available.

The CompTIA study found decreased usage in several cloud application categories ranging from business productivity to expense management. In total, usage rates in 12 of 14 categories showed a decline, including:

Usage of cloud financial management solutions remained the same at 32%, and 31% of companies reported using cloud-based VoIP solutions in a category that was not studied in 2014 version.

The Reality Behind the Numbers
The firm also reported a corresponding increase in the number of companies saying they use an on-premise solution, as well as a higher level of confusion about the way certain applications are implemented. This suggests a greater understanding of the distinction between actual cloud solutions and cloud washing imposters.

This growing awareness perhaps explains the slip in the usage numbers. Usage may not actually be declining, but a greater awareness of what a true cloud service is and what it is not is leading to a more realistic and balanced usage picture.

Future of the Cloud
The overall cloud market remains strong, said the CompTIA report, relying on predictions published by Gartner, which expects the public cloud market to reach $204 billion in 2016. For 2017, Gartner predicts the cloud market will grow by 17.3%, followed by slower but still robust growth of 14.6% in 2018 as businesses reach later stages of their cloud deployments.

The overall IT market grows at about two to three percent each year, so cloud services will remain a high-growth segment for years to come.