The expectation around 5G has encouraged many enterprises to look forward to increases in speed, reduced latency, and improved capacity, but there is a downside to this potential. Leading voices in cyber security warn that there could be an opportunity for hackers to also grab hold of the benefits of 5G and use it to create new ways to attack network security.

The threat of increased or novel attack methods has enterprise executives taking note and preparing for potential problems. Chief information security officers (CISOs) are reprioritizing how they approach network security with reviews and revamped policies, as well as new technologies designed to thwart attacks.

While there is a need to address 5G vulnerability, the technology may not be widespread for several years. 5G will be deployed in a phased approach, with small pockets popping up before it hits broader areas. Industries such as manufacturing and agriculture, energy production, and logistics are experimenting with 5G-enabled technology. 5G is expected to support everything from self-driving vehicles to robotic surgery.

In AT&T Cybersecurity’s 2019 “Security at the Speed of 5G” survey, developed with 451 Research, 76% of 704 participants reported that they expected to see unique new threats to come with 5G. Nearly three quarters (72.5%) expect to see an impact on their network security. Only 5% of respondents reported having a low level of concern around the impact of implementing 5G on their network security.

Benefits and Drawbacks of 5G

It’s not all bad news around 5G security. There are some improvements over predecessors, including the correction of some known vulnerabilities and 256-bit encryption as compared to 128-bit encryption offered with 4G. There have also been federal steps taken to improve security, such as a ban on using China-based providers.

Experts point out that while 5G is more secure, the context must be part of the conversation. There are higher levels of encryption, but that doesn’t protect unsecured endpoint devices when hackers use them to access enterprise systems.

There are also 5G vulnerabilities occurring at the network, because 5G uses distributed, software-defined routing, as opposed to centralized, hardware-based switching. This creates a situation where inspection and control can’t be concentrated into a centralized approach.

In addition, there are 5G vulnerabilities on the user side, because as enterprises connect devices to the network, they will need security concerns addressed. There are already threats that exist with 4G that will carry over, and there will be even more devices connected.

5G will offer speed to enterprises and individual users, and that same speed will also equip hackers. When security teams identify a breach, there may be more data leaked in a shorter time period than with 4G.

Preparing for 5G: Even now, AT&T Cybersecurity’s survey shows that respondents are addressing 5G vulnerabilities, from reviewing security policies to making adjustments and upgrades. Enterprises with a security-first approach to technology will fare best at implementing policies around 5G.

It’s also important to create a culture in which only devices and software solutions that have embedded security features that meet enterprise standards are chosen.To learn more about 5G and its potential impact on your enterprise network security, contact us at AMD Communications. 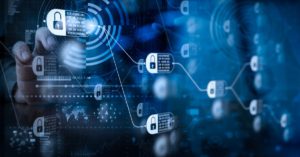 Digital transformation has had a massive impact on IT, most notably in the influx of mobile devices and cloud resources. Network security has also been impacted, as more mobile devices means more points of entry for cyber criminals. More than $20 billion is being spent on the issue, worldwide, to protect data and keep businesses on their toes.

The digital transformation has also led businesses to seek out cloud-based security where new security products are being offered. IT operations are moving from on-premise to cloud-based business models with increasing regularity.

You can’t mention network security without talking about firewalls, as they are the long-held first line of defense in any security strategy. They’re also among the largest segments involved in network security.

The main job of the firewall is to “police” traffic. They keep good traffic moving in and out while holding threats at bay. Firewall technology now allows for traffic to be broken down into subcategories, giving firewalls the ability to add application-level inspection, which heightens intrusion prevention.

Unified threat management (UTM) is another component of network security that deserves attention, as it can integrate multiple networking and various security functions at once. When you add UTM devices into your configuration, you must also be thinking about network firewalls and routing, as these will impact the complexities of your strategy.

Distributed denial of service (DDoS) mitigation involves a variety of processes and tools that help to resist the effects of DDoS attacks, making this another crucial component of network security policy.

Today’s best DDoS mitigation techniques involve analyzing your underlying system and network so you know what the risks are in your environment. This analysis will provide you with insights, letting you know where you’re protected and where you need to beef up your approach.

Software-defined wide area networking (SD-WAN) can also be implemented for its advanced capabilities, particularly in overlaying security components like malware detection, encryption, and firewalls.At AMD Communications, we are connected with many providers with key solutions that can be an integral part of your network security strategy. We can match you with SD-WAN solutions that will help you gain greater agility and simplicity in your branch office networking. We have advisors with expertise in network security who are connected with seasoned service providers, which means you’ll get the solution you need at a cost that’s fair. Contact us and let’s talk about your needs and how we can help you improve workflow and security. 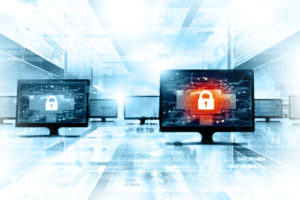 In the Old Days

In the old days – though even as recently as a decade ago – there were two distinct types of network infrastructure in the corporate world: private networks, and those that used the public internet. A private network was, by default, a secure network. A company would build out their network infrastructure using MPLS, and traffic would never touch anything other than their private, secure network.

Companies using the public internet had a more difficult time dealing with security because their data traveled over lines that anyone could attack. In order to keep data secure on the public internet, businesses would use IPsec encryption which is secure enough for most uses, but is more prone to latency issues and certain types of cyber attack.

Both of these approaches had advantages and disadvantages, of course. Private networks are great for latency-sensitive apps like video conferencing thanks to class-of-service prioritization, and they are protected from DDoS and similar attacks. A private network is much more expensive to provision than an IPsec-based network, though, and most businesses don’t really need the low-latency performance of a private network.

Partly thanks to the huge increases in available network bandwidth over the public internet, and partly in response to customer demand for more immediate and personalized services across all sectors, businesses have been changing the way they structure themselves. Where years ago a business might maintain a main office and very few satellite sites, these days the ratio has reversed. In a modern business context, it is common for smaller branches to outnumber main offices, often by orders of magnitude.

This is possible because cloud computing solutions have blurred the lines between private and public networks in the modern context. Companies are increasingly moving their workloads into the cloud. They are also increasingly satisfying their need for a secure network through a combination of public and private network infrastructure – MPLS based networking between critical sites such as head offices, and IPsec encrypted connections between branch locations and mobile employees.

Newer technologies such as software-defined networking and the ability to virtualize most network functions mean businesses can adapt their network topology on the fly as needs change. This allows for a much more agile and flexible response to both business needs and security threats, making a hybrid cloud-based network one of the more secure network options available. It doesn’t hurt that cloud solutions are generally much more cost effective as well.